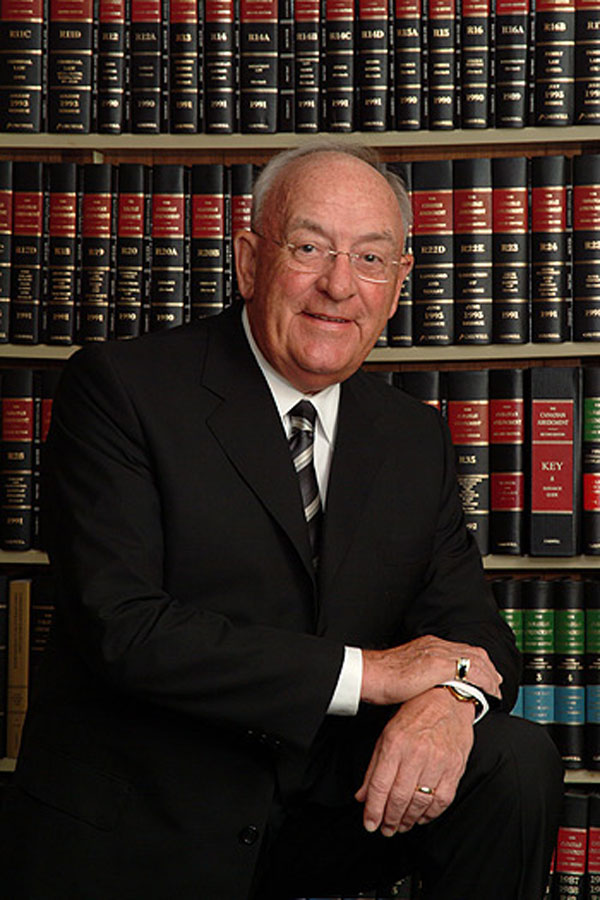 It was with great sadness that we announced that the firm’s namesake and mentor, Harry J. Daniel, BA (Hons), LLB, QC, passed away peacefully at home surrounded by family on Tuesday, December 24, 2013 in his 82nd year.

Harry Daniel was one of Ontario’s leading trial lawyers who appeared before all levels of Court, including the Supreme Court of Canada. He was extensively involved in community affairs, as Chairman of the Board and president of Ridley College, Commissioner of the Niagara Parks Commission, and the President of the Lincoln County Law Association.

Harry Daniel was mentor to countless lawyers in the Niagara Region and will be sadly missed.

The Top Lawyers in Niagara...are at Daniel & Partners LLP.  Our clients can rely on us for the attention and personalized approach that is increasingly hard to come by.
1-800-263-3650
Copyright - All Rights Reserved | AODA Policy & Feedback Form User Login