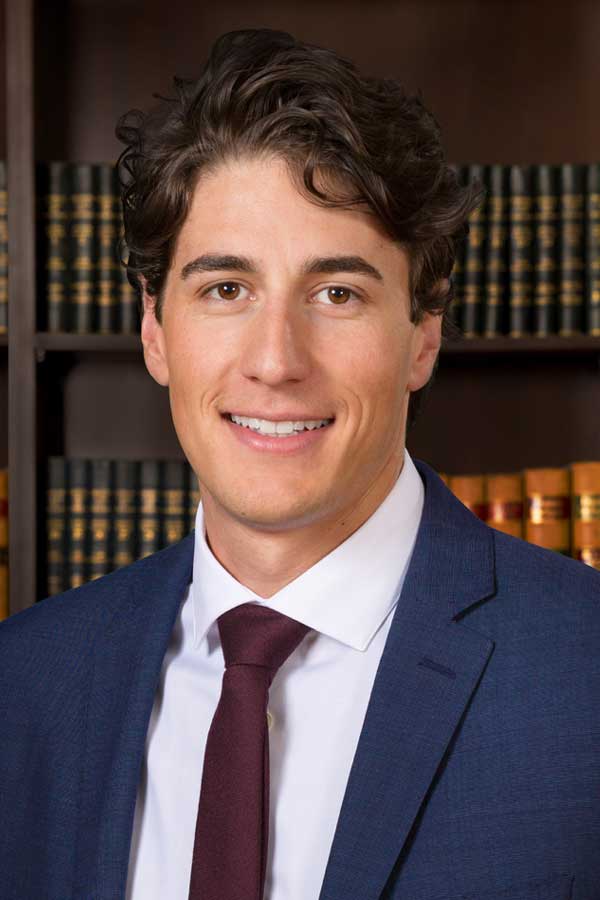 Matteson De Luca graduated from Brock University in 2012 with an Honours Bachelor of Science degree and subsequently earned his Juris Doctor from the University of Windsor in 2016.

A proud life-long resident of St. Catharines, Matteson joined the team at Daniel & Partners LLP in 2014 as a summer student, and after completing his articles with the firm, was called to the bar by the Law Society of Upper Canada. Matteson returned to Daniel & Partners LLP as an associate lawyer in 2017. Matteson has represented clients in both the Superior and Ontario Court of Justice, as well as at the Ontario Municipal Board. Matteson’s area of practice includes real estate, business, wills, and planning/development law.

Matteson has developed his practice such that preeminent client service, efficient, resourceful representation, and determined results are at the foundation of every matter he handles. While not working on legal matters, Matteson enjoys participating in community events and staying active by hiking, biking, and visiting the gym.